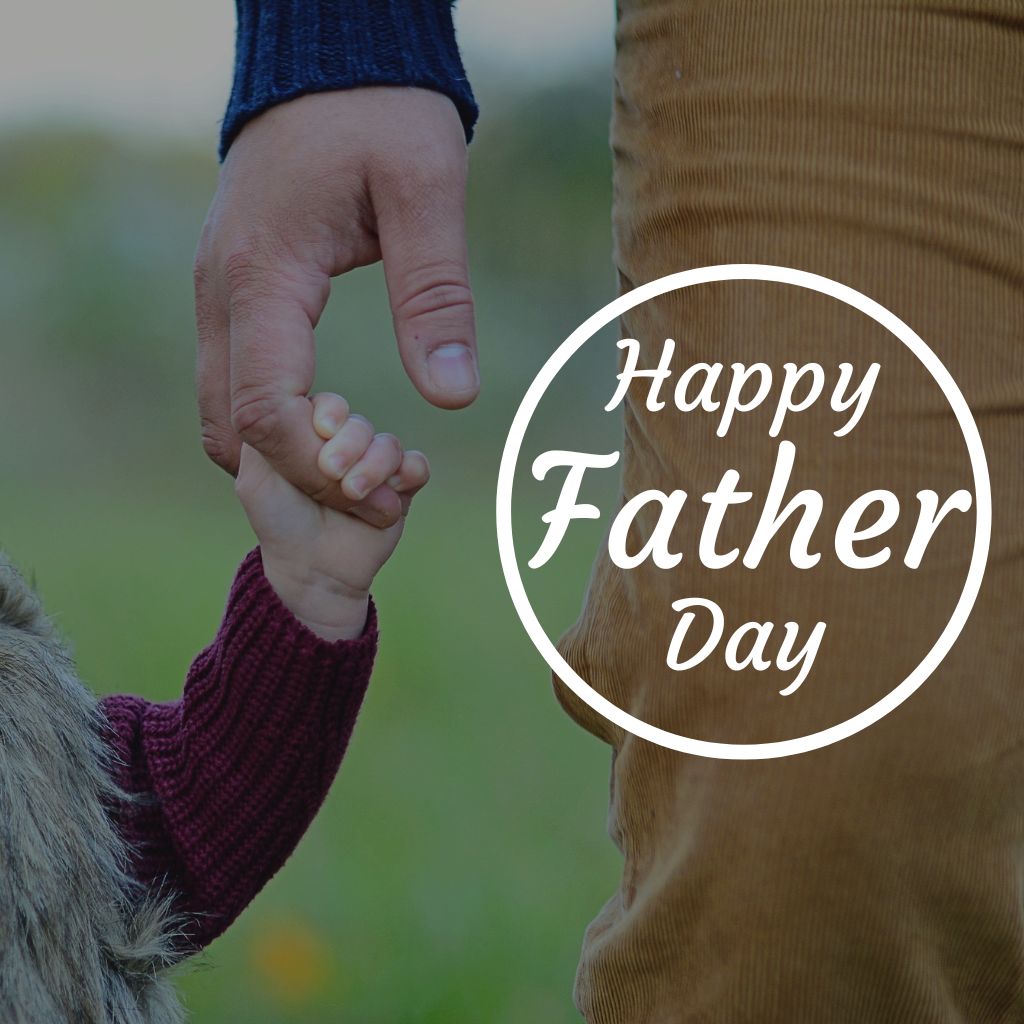 The human being is made in the image and likeness of God.

In the Image of God the Father.  Do we ever think of what this is? Have you ever wondered what it could mean in your life? How often we travel through our days never contemplating the depth of this thought

Some years ago, I was given the chance to ponder these words. As one of our children struggled through the senior year of high school, life’s struggles fell heavily on her shoulders.  Not only were there the common teen struggles hovering over her, but the mystery of who am I was strong in her life. Growing up between two very strong A-type sisters and not always sharing their outlook on how to do things, was tough. She was surrounded by rebellion, and the friends she chose were also struggling greatly in their own lives.)

After a while, it became apparent to us, the parents, that this was not the healthiest of situations. As time went on and graduation approached, the separation from family grew wider and wider. In the family, we had developed a tradition of taking the graduate out for dinner after the graduation. On graduation night we were told, not asked, that she would be going to one of her friend’s homes. I took the announcement as a personal slap in the face and was very angry, to say the least. Sad to say, I let this hurt and anger come between myself and my child.

As summer began, we would not see or hear from her for days at a time. We didn’t know where she was or what was happening. All we could do was pray and ask the Blessed Mother to care for her. As time went on, I began to think about God the Father. How often have I turned from him? How often have I been unfair to him in my actions! Then these words popped into my head: “We are made in the image and likeness of God.” Needless to say, I had questions to ask myself and to answer!

If I am the image of God, how should I be responding in this situation? Is God angry with me when I hurt him by sin and failure? Does he turn me away or “kick me out of his life? No, just the opposite! He tries to lead me back and welcome me with open arms. So what should I do for my child?! Later, I shared this re-awakening with my wife.

The first time an opportunity arose, I asked my child if I could have a word with her. We sat in my bedroom and I told her of my pain and my discovery. If I was to be like God the Father, I must act like God the Father would. As a father, I am called even more to be like him. God does not turn away from me when I hurt him or leave him but awaits my return with open arms. I have a place awaiting me in heaven if I want it, so she would always have a place in our home. When I am hurt and down I can turn to God and our Blessed Mother and find comfort, so too can she turn to us in time of need. I may not react with a mother’s unending blind love, but I will always try to act with a father’s unending care.

After my talk with our daughter, my wife and I discussed how we could best assist healing and growth for her. Realizing that one of the biggest problems facing this daughter was the conflict she perceived between herself and her younger sister (four years and opposite personalities can be very unsettling for a teenager), our first solution was to offer to purchase a used travel trailer that she could live in on our property. She would be responsible for the upkeep and when she had a job some rent would be expected from her. This solution opened a door so that she might feel free to join the family again.

A physical return home would be short-lived. Still feeling pressured to conform and realizing that the friends around her were not the best for her, she decided to act upon an offer to leave Texas and move to California. Though we had phone contact with her and many calls, it would be five years before she would visit. For our fortieth wedding anniversary in 2016, our children planned a family reunion. This daughter would come with the young man she was dating. In two and one-half years more, she and her fiancé would come to live with us while awaiting her wedding day.

With God’s grace and our Blessed Mother’s intercession, she has been able to bring her life together. She has returned to God, Faith, and Family. She is a successful young woman. Her life’s journey continues as a newly married wife and one who travels with a husband at her side.

Is trying to live in this image and likeness of God easy? NO! It is a challenge for a person. At times we are called to move and act in a manner contrary to the way we might feel at the moment. But to do so may also open unseen doors which may never have had a chance to show themselves in our life. Our life can be enhanced and blessed beyond our dreams. 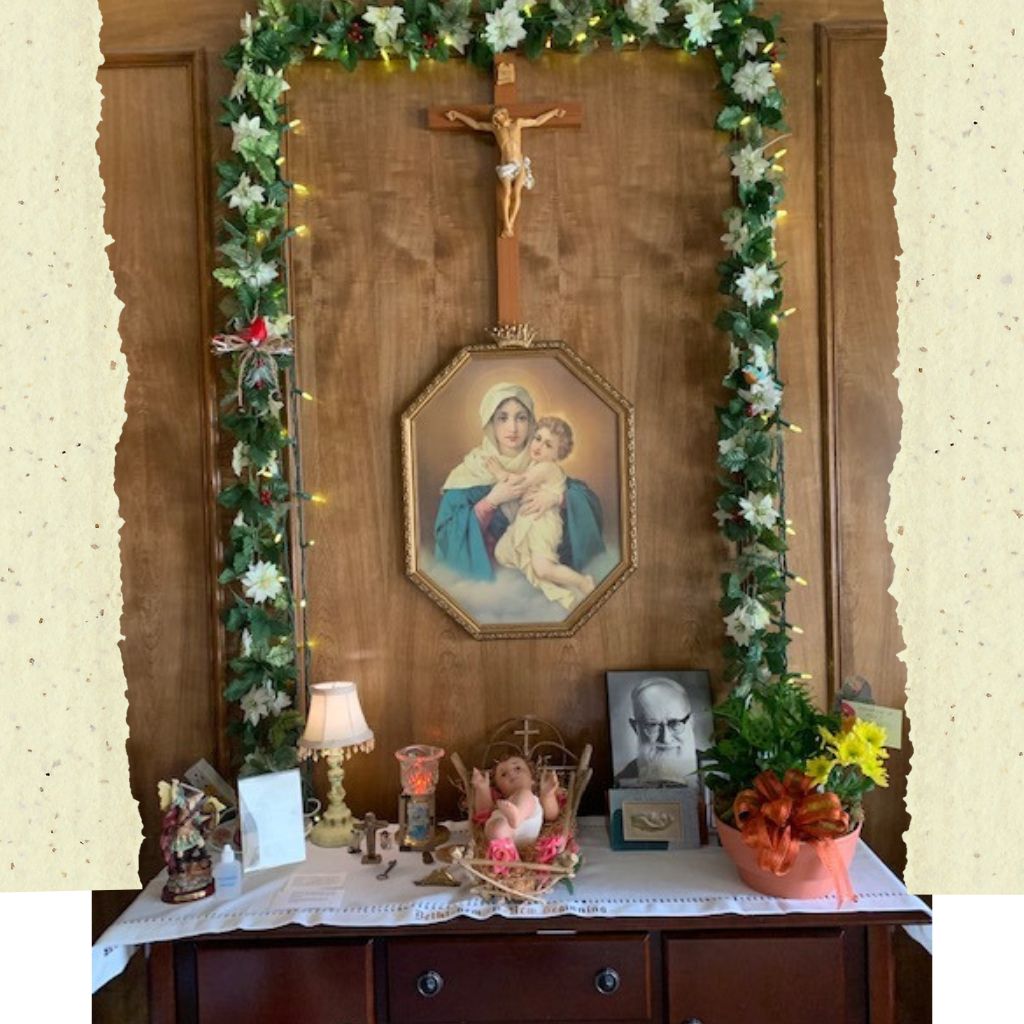 Our Home Shrine Dedication was held on February 11, 1998. We had a beautiful Holy Mass and Ceremony with Father Langsch.

While we were preparing, we read the book My Home A Shrine. There was no question about what name we would give our shrine: Bethlehem – A New Beginning. Our family especially enjoyed the Advent and Christmas Seasons and we were inspired by the words in the book about the name Bethlehem. “We are reminded of the birthplace of Jesus. In this Bethlehem Home Shrine, the Blessed Mother will offer us special graces to begin each day anew with joy and ardent zeal. We have a great task to fulfill; We are called to let Christ be reborn in us each day, to adore and serve Him, and to bring Him into the world around us.”

We each chose a symbol to strive for in the shrine. The Foundation, the Crown, Saint Michael, the Sword of Saint Paul, and a pink rosebud which later became the Key to the Shrine.

In conclusion, let us pray the 3:00 AM Office from Heavenwards:

“Your Shrine is our Bethlehem, pleasing to God through its sunrise.
There you gave virginal birth to the Lord who chose you as his bride and mother.
In your miraculous fruitfulness, you brought forth the Sun of Righteousness.

You have graciously established Schoenstatt so that our times can see the eternal light.
From there you want to go through our dark world as the Christbearer sent by God.

Jubilantly place the Lord into my soul anew, so that like you, I may perfectly resemble Him.
Let me be a Christbearer for our times, that they may shine in the brightest radiance of the sun.

Glory be joyfully given to the Father through Christ with Mary, highly praised,
in the Holy Spirit full of splendor from the universe now and in all eternity. 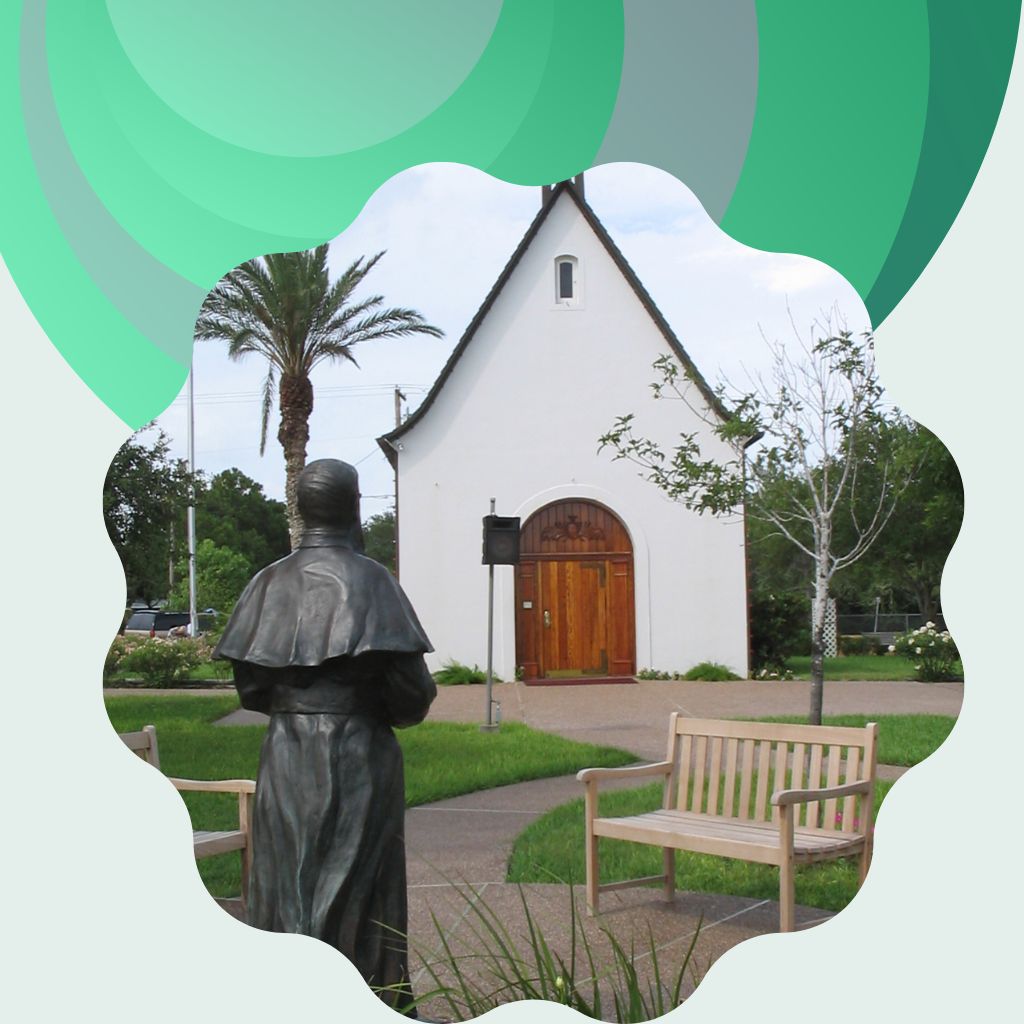 Two weeks ago, we concluded the Easter season with the celebration of the Solemnity of Pentecost. Now, in ordinary time, we live by Jesus’ promise that the Holy Spirit “will teach you all things and bring to your remembrance all that I have said to you” (Jn 14: 26).

This is the Holy Spirit’s mission, so to speak: he teaches and reminds us of what Christ said when he lived among us. To the extent that we let ourselves be guided by the Holy Spirit, the Good News Jesus has brought us, can enter into our hearts.

Sunday, June 19, 2022, we will celebrate Father’s Day. We’ll find unique ways to thank our earthly fathers for their love and care for us.  Above all, we praise our Heavenly Father for guiding us on our way heavenwards.

Our year’s motto invites us to practice trust in God’s fatherly providence. Many struggle with this idea because their father may have lacked the ability to be trustworthy or to provide shelter and protection. It is challenging to be a father in our time when authority is downplayed. Schoenstatt’s founder, Father Joseph Kentenich, who grew up without a father was docile to the Holy Spirit’s teaching and thereby became a father to many people.

Let us fold our hands and pray for all father figures in the Church, world, and in our families, that they may be open to the teaching of the Holy Spirit, and as fathers, they become transparencies of the Heavenly Father.

With prayers from the Confidentia Shrine,