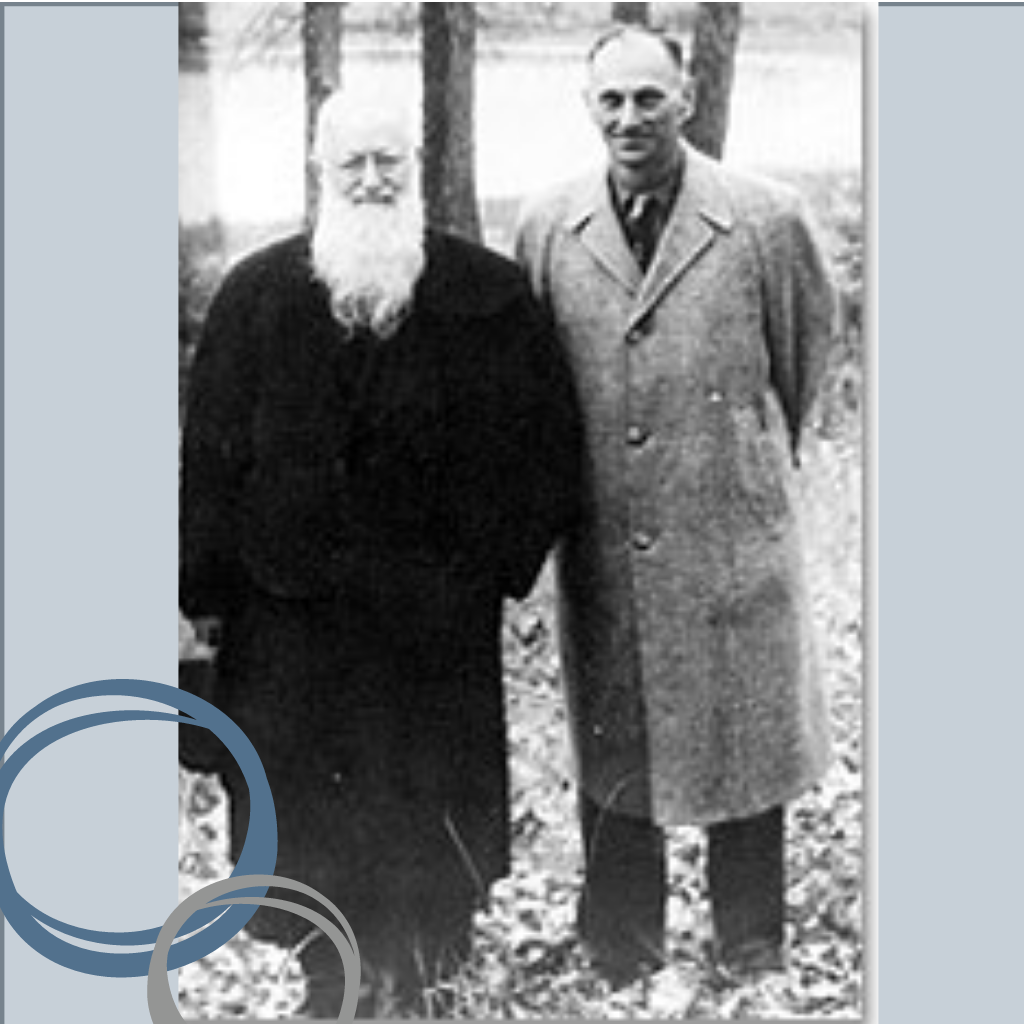 Today, February 15, marks the anniversary of Gilbert Schimmel’s death (1906-1959). Gilbert and his wife Joanna met Father Kentenich in Milwaukee and were instrumental in initiating the circle of couples who met with our father and founder On Monday Evenings (see the collection of talks given during that time by the same name). In his unassuming manner, Gilbert was a man who led “from the Shrine with Trust in Divine Providence and Charity to All.”

In the Novena “Gilbert Schimmel: Working Man and Lay Apostle”, we read: “He was known to be a very diligent and efficient foreman. ‘When Gilbert gave us work, we knew darn well that it could be done. And there was no sense in arguing with him or telling him it was impossible,’ remarked a man who worked under his leadership. Another witness tells us: “For 17 years Gilbert was in charge of the huge machine shop. ‘He was well liked by his men. He handled them with authority and respect.’ By respect he meant that Gilbert saw each man in his dignity as a child of the Heavenly Father, not part of a machine.” “I always admired Gill,” a non-Catholic co-worker of his factories said. “In spite of the noise of 50 machines in our shop and his responsibility for everything he seemed recollected and kept an eye on each of us. He was concerned about our well-being and could tell when a man did not feel well or when his mind was not on the job.”

In Gilbert Schimmel’s biography The End Crowns the Work Fr. Jonathan Niehaus shares that “It was common to see Gilbert kneeling in the shrine of our Mother Thrice Admirable, his favorite place. He would visit the shrine as often as he could, both in Milwaukee and in Madison, Wisconsin. Even at his place of work, he kept a picture of the MTA under the glass cover on his desk (144).”

In light of Gilbert’s example of leadership let us ask ourselves: how am I using my God given authority in my family or at work? Do I see a child of the Heavenly Father in every human person and treat them with love and reverence? How do I guard against falling victim to the routine of everyday life? Am I more interested in accomplishing my work than the well-being of NN?

Let us pray for one another that in the daily events we recognize the opportunity to lead from the shrine with trust in Divine Providence and Charity to All!

With Prayers for you from the Confidentia Shrine,